The Provident Loan Society was created in response to the financial Panic of 1893. Back then, there were very few social and government agencies to help the needy, and banks were reluctant to loan cash to the working poor. As a result, many people turned to loan sharks and pawnbrokers, using their gold or jewelry as collateral for short-term cash loans.

Although pawnbrokers had a long history in Europe, the ones who flourished at this time in New York City had earned an unsavory reputation by charging extremely high interest rates. The uncertain environment of the 1893 panic left many people with no alternative but to borrow cash from these predatory lenders.

Fortunately, this era was also a time of great social activism. A group of 31 of New York City’s most prominent business leaders and financiers—including J.P. Morgan, Cornelius Vanderbilt II, Jacob Schiff and Solomon Loeb—saw an urgent need to create an alternative to these unscrupulous lenders. 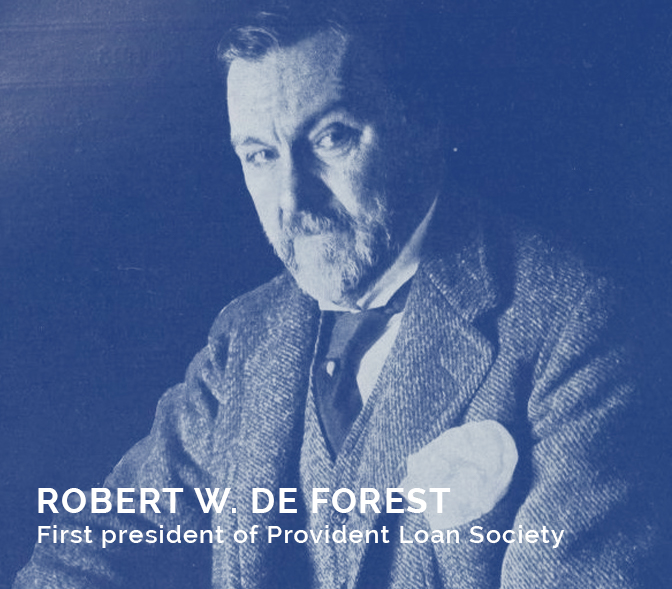 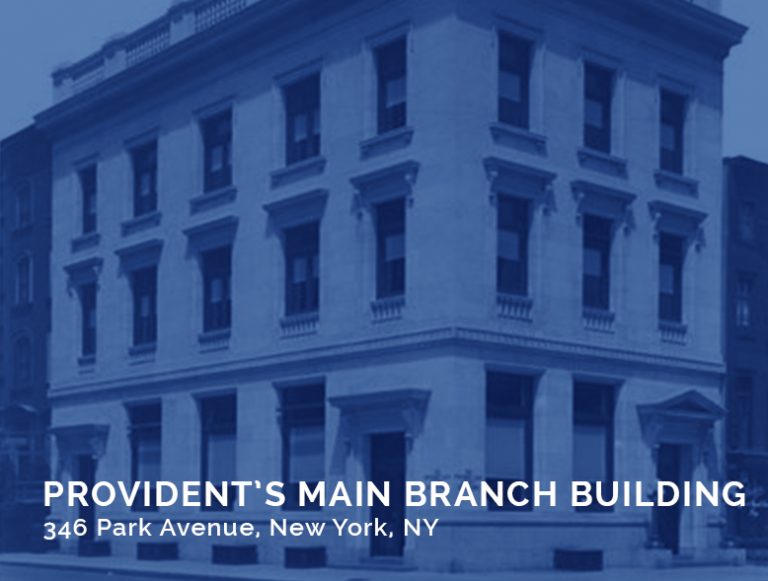 In 1894, a special law was passed incorporating the Provident Loan Society of New York. The first board of trustees was a virtual “who’s who” of prominent New Yorkers. The original officers were Robert W. de Forest as president, James Speyer as treasurer, and Otto T. Bannard as secretary. These three men rotated as president for the next 25 years.

The need for low-interest loans was great among the city’s populace, and Provident Loan’s growth surpassed all expectations. In its first year of operation, a total of 14,234 loans were made, totaling $229,000. This incredible growth inspired the trustees to build a permanent home for Provident Loan. In 1909, the grand main branch opened on Fourth Avenue (now Park Avenue South) and 25th Street, where Provident Loan is still headquartered today.

As a not-for-profit organization, all surpluses generated were donated to charity, resulting in millions of dollars of donations to help those in need. Today, Provident Loan is the only not-for-profit pawnbroker in the United States.