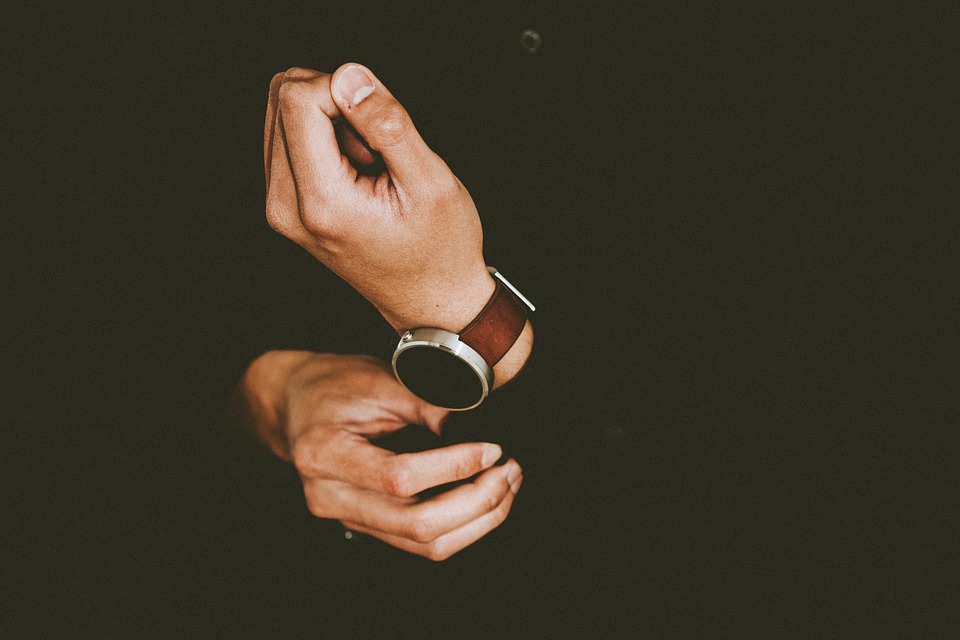 Before I joined the Provident Loan Society, I owned my own jewelry store. A regular client of ours comes into the store one morning, requesting a new leather band for his watch. As I guide him over to our selection of bands, he proceeds to tell me a story.
Like many, he works behind a desk and during the day, would occasionally “catch a whiff of a funky smell”. He didn’t think much of it until the odor started to become more frequent. As he sometimes ate his lunch at his desk, he assumed it was a piece of food that fell undetected into some crevasse. He checked all the possible hiding spots—the drawers he might have opened while eating, the trash bin under his desk? All clean as a whistle.
So where was the offending smell coming from? Then, by chance, he had to reach behind him to a bookcase at eye level. There was the smell. Wait, he said to himself, arm still raised so as to not disturb the noxious moment. Is it my underarms? But no, a quick nasal scan of the area told him that this wasn’t the issue. But that smell!
Now he thought he had it down. B.O.! So he sought to recreate the previous movement to elicit the odor. Arm up and back. There it is. Eureka! And then, the sudden realization that the smell was coming from his arm—or rather, his wrist to be more precise. No, actually, his watch!
Taking it off and giving it the smell test, he was appalled. Holy mackerel! (and by this time, that is kind of what it smelled like) have others been smelling this? He tried to think when the last time he replaced his band. By the looks of it, green crud and all, it had been some time.

The Curse of the Smelly Leather Watch Band

From my experiences, many people wear their watches to death. Sleep with them on, exercise with them on. Some even shower with them on. (In the case of this guy’s leather watch strap smell, it did more harm than good). I know some who wear the same watch day in and out and never take it off, especially if it’s a water resistant type.
I use the term ‘leather’ band in the generic sense as many different types of materials are used beside cow and pigskin. Alligator and crocodile are popular for dress watches. They are durable for their thinness and have interesting patterns. Alligator was off the market in the U.S. for some time as they were considered endangered (no longer the case). In their absence, crocodile, imported and expensive, filled the gap.
Shark and stingray are now popular for sport watches, and I have seen bands made of elephant and ostrich, with the recognizable patterns still evident.  Some of these exotic skins are, fortunately, no longer available owing to our newfound respect for diverse wildlife. So, regular leather is being turned and embossed to simulate various types of skins. Let’s not forget what patterns and looks can be recreated with nylon, vinyl, and plastic simulations.
The problem of attaching a watch to the wrist, and the leather watch strap smell that can result, is a fairly new one in the history of timekeeping. Of course, clocks and other means of keeping time have been around for centuries, but it wasn’t until around the 1880s that even the thought of wearing an “arm watch” came into play. Until that time, almost every personal timepiece was in the form of a pocket watch.
As usual, it was women who started a new fashion trend. When the evolution of watch movements and cases made watches small enough, women had the brilliant idea of attaching them to a bracelet as an adornment. Also, unlike men, the fashions of the time did not provide pockets and /or vests in women’s’ clothing to even allow them to carry of pocket watches.
Men were a little slower to come around. The first leather wrist watch attachments for men are centered on functional military uses. The non-military populace was not so quick to give up the gentlemanly look of waistcoat and chain. Never mind that ONLY women wore bracelets. From a more practical stand point, until advancements in ruggedness and water resistance came along, the safest place for a watch was still in a pocket.
Today we have all sorts of ways of attaching a watch to our wrists. In addition to leather, there are metal bracelets (a metal link watch band) of all manners and even rubber and ceramic. So back to my smelly customer (of course, I was handed the offending article with the band still attached), and my recommendations.

1. Don’t wear leather in water or it will deteriorate at a faster rate.
2. Wipe the back of the strap occasionally with a cloth to remove any debris.
3. When you see the strap start to develop little cracks, change it.
4. If you start to see some green gunk growing on the underside, (yuk) change it.
5. As for metal bracelets, they will also build up debris and general wrist gunk. The bracelet should be soaked and cleaned separate from the watch. If you are not handy, the jeweler will do it for you.

A black streak on your wrist when you take off your watch, or that pungent smelly watch strap aroma, is usually a good indicator of cleaning time. Even a rubber divers watch band will benefit from an occasional soaping and rinsing to remove skin oils and other accumulants. You can literally double the lifespan of rubber bands with a regular cleaning, which will also help keep the band soft.
This brings to mind another customer who was unhappy that his leather band only lasted 6 months of everyday wear after purchase. The clerk assisting him responded that it was only a thin strip of leather and 6 months of wear was normal for a leather strap. To this the customer replied, “I buy shoes that are made out of thin leather and they last longer than 6 months”. Not to be out foxed, the clerk replied, “Well, when you start wearing socks over your wrists, I’m sure your band will last just as long”. That particular band lasted longer than the clerk.