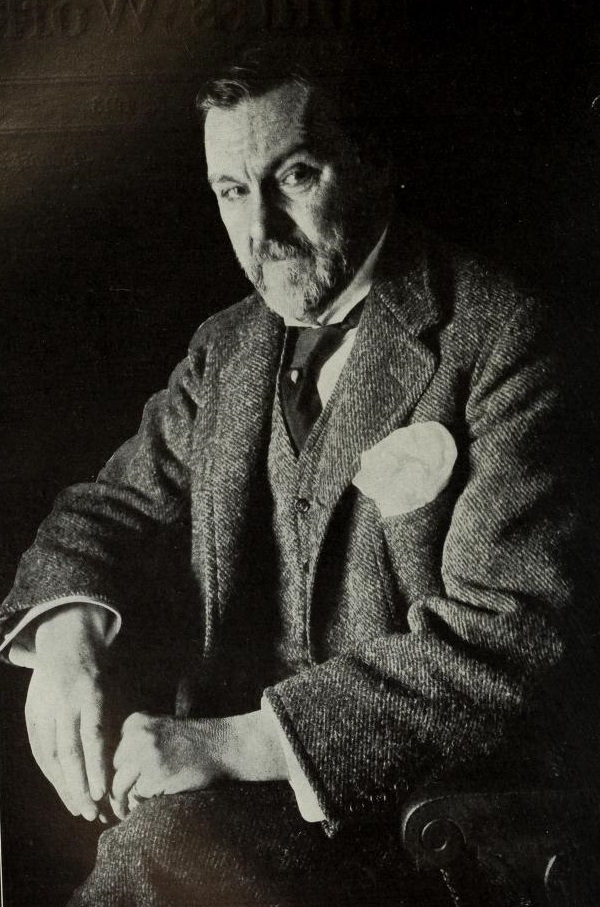 In a previous blog, I provided a brief introduction to the lineage of Robert W. de Forest, the first president of The Provident Loan Society. His family was among the first Walloon emigrants to settle in NYC in 1637. An industrious group, they prospered as tobacco farmers, malt liquor brewers, shipping merchants, and businessmen, and three members were captains in the Continental Army.
Robert W. de Forest was himself a successful lawyer and married the daughter of a wealthy businessman, who gave them a Washington Square Park townhouse as a wedding gift.

Although de Forest was involved in many business enterprises which increased his financial wealth and status, his primary devotion was to social, civic, and cultural activities that helped the less fortunate. He firmly believed in the principle of independence and self-help for the needy and the working poor, sentiments that led to the formation of The Provident Loan Society.
Influenced by the writings of Henry George and the social activism of his friend Josephine Shaw Lowell, de Forest was a champion of the Progressive Era’s goal to eliminate the problems caused by industrialization, urbanization, immigration, and government corruption.
He provided much-needed financial assistance to various organizations but was by no means a rich patron who simply wrote checks. He also believed in taking action and headed several organizations to make his progressive ideas come to life, including the Metropolitan Museum of Art, Russell Sage Foundation, Welfare Council of New York City, the American Red Cross, and the State Charities Aid Association.
His long service in the field earned him the title “Captain of Philanthropy.”
In 1894, de Forest drafted the special act of incorporation for The Provident Loan Society with Otto T. Bannard and James Speyer, and secured contributions to the original funds with which Provident began its operations.
Provident Loan was created to provide an alternative to the pawnbrokers, loan sharks, and other predatory lenders that flourished at the time. Its mission was to provide low-interest collateral loans on personal property for the needy and working poor.
From 1894 to 1921, de Forest was elected president of Provident Loan ten times, and served continually as a trustee for 37 years, up to the day of his death.
On May 6, 1931, Robert W. de Forest passed away at his Washington Square Park home after a short illness. He was 84 years old.
His full-page obituary in the New York Times mentioned a dinner held by 250 of de Forest’s fellow philanthropists in honor of his 80th birthday. At this event, de Forest was hailed as New York’s Abou Ben Adhem, a reference to the man in the poem of the same name who, because he so loved his fellow man, “led all the rest” in a list of names written by an angel in a book of gold. Likewise, de Forest’s name was inscribed in a book of gold, heading a long list of the signatures of his associates, and symbols of de Forest’s good works in charity, art, and municipal improvement were laid at his feet in tribute.
After de Forest’s death, his widow closed the Washington Square Park house, sold its contents, and moved to their mansion in Cold Spring Harbor. She continued donating to the Metropolitan Museum of Art until her death in 1942.

Tom Klem is Provident’s in-house historian and archivist, responsible for cataloging and electronically preserving their historical documents. He is a member of the Society of American Archivists (SAA) and has recorded oral histories of the West Village for the New York Public Library.