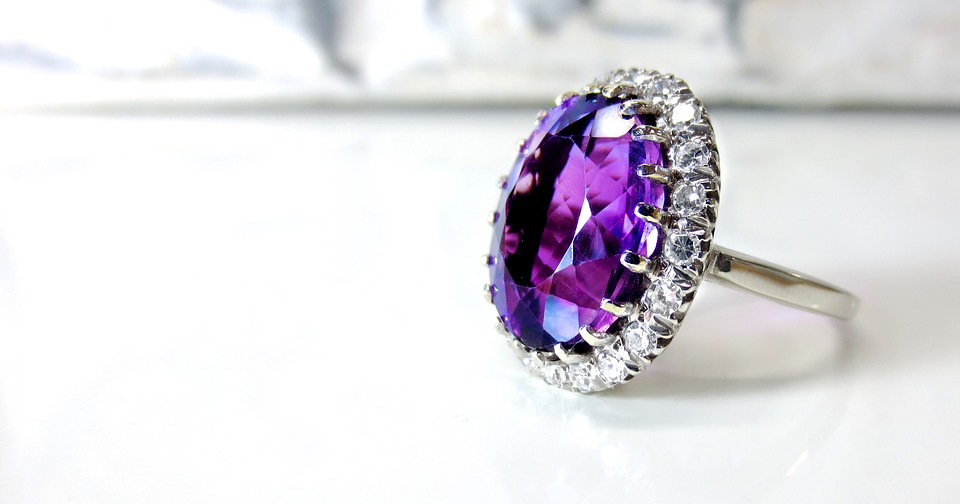 For ages, people have purchased jewelry with month birthstones as a way to express their individuality and to display their solidarity with others born during the same calendar month.
But being born in August, and having peridot as my birthstone, has always made me a little envious of people with other birthstones. Don’t get me wrong, peridot is a wonderful marker for those who like the yellowish green color. It’s just not a color for manly jewelry and it’s not my cup of tea. A nice September blue or a July red would have been nice. Just a matter of taste, I guess.
So, how lucky are the people whose months have a second choice, or third? Take June, for instance. People lucky enough to be born in that summer month can choose between three accepted birthstones: lustrous pearls, intriguing alexandrite, or dreamy moonstone. My wife, a June baby, has suits of all three. A choice of what to wear for various occasions or moods is at her disposal.
Children of December can pick from turquoise or zircon. The former is fashioned as cabochons (domes) or beads, the latter a faceted gem with brilliance to rival that of a diamond (April’s birthstone, by the way) and available in multiple colors. There have even been a couple of attempts to add tanzanite to the list of December offerings—as if they didn’t enough choices.
But, wait you say, how are they going to add birthstones? Haven’t these stones been historically or astrologically predetermined? A little background is in order.

Birthstones by the Dozen

Some of the confusion is that the term “birthstone” may refer to a different set of stones, history, and cultural context depending on what the particular person is referencing. However, it is generally accepted that the original concept of birthstones came from a breastplate worn by Aaron, a high priest of the Israelites from biblical times. It contained twelve stones, each of a different color.
The original stones in the breastplate were not the same ones we recognize today. They were made from stones available to the people of that era. For example, the dark blue for September was probably a highly regarded stone available at that time called lapis lazuli. Today we use sapphire to represent that blue.
The twelve stones representing the twelve tribes of Israel morphed into the twelve signs of the zodiac, which morphed into the twelve months of the Julian calendar, and then to the twelve apostles. A lot of twelves! So initially it was the colors that were of importance. The stones themselves changed over the years from region to region, probably depending on what stones were most available at that time and place.

Fast forward to the early 1900’s and a testament to marketing. In 1912, in an effort to standardize using birthstone months for jewelry, the National Association of Jewelers (US) met and officially adopted a list of stones. Over the ensuing years, it was tweaked by jewelers and gem societies to reflect changing tastes and supplies so the stones could be marketed. In 1952 the Jewelry Industry Council added more gemstone options to some months, specified the color of another, and completely replaced a few gemstones. But the limitation was always the number twelve. Couldn’t add months, so let’s add stones.
The months that had “precious” stones like ruby, emerald, diamond, and sapphire, were generally left as the only birthstone to the corresponding month, along with amethyst and garnet (although sapphires and garnets come in a variety of colors). Tanzanite was only discovered in the early 1900’s. It is a popular color, bluish-purple, and as recently as 2002, different organizations have been trying to push it as an alternate December birthstone to enhance its marketability. So increasing sales was the major deciding factor.
October has opal, but with its durability issues and feminine appearance, got tourmaline as an alternative. With November’s topaz being too costly for most, citrine with its orange/brown color was chosen as an inexpensive alternative. Just to add confusion, scientists learned some years ago how to produce a blue colored topaz, not available in nature. However, it’s not used or marketed as a November birthstone but rather as a light blue color alternative to March’s aquamarine.
If you search online, it is easy to find lists of popular birthstones with different attributes of health, wealth, and fortune applied to each. For example, even in Feng Shui, the use of certain stones and colors help you live in harmony with your surroundings. If that helps you gain enjoyment from your particular birthstones, good for you.
When it comes to jewelry and month birthstones, my advice has always been “buy what stones you like,” not what you are told is yours from a list. This brings me back to my August choices. Did I mention that sardonyx was added as an August alternative? Look it up. Bleeech!

4 Comments on “Jewelry for Months with More Than One Birthstone”